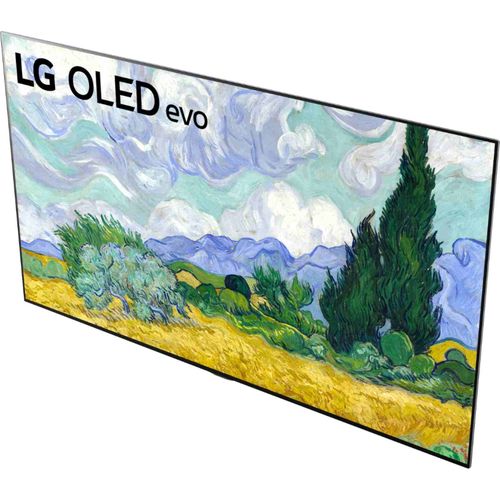 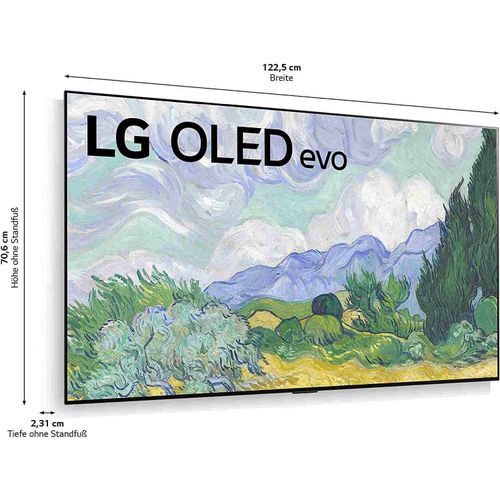 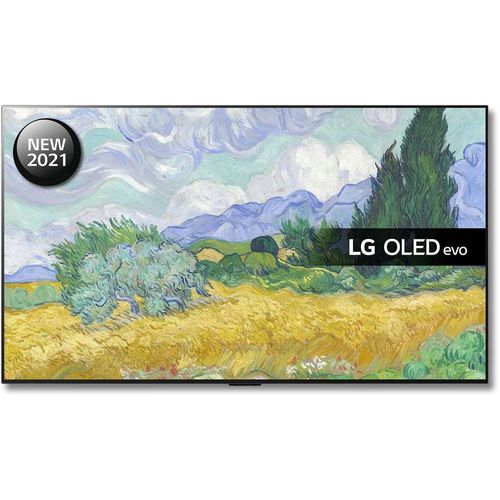 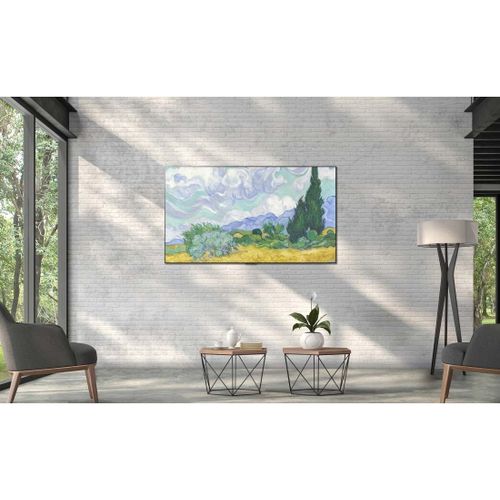 Delivery GH₵ 21.90
Ready for delivery between 18 August & 19 August when you order within next 16hrs 34mins

Delivery GH₵ 9.04
Ready for pickup between 18 August & 19 August when you order within next 16hrs 34mins

For some time now, LG’s annual OLED TV refreshes have relied predominantly on software rather than hardware improvements. That trend changes dramatically with the G1 series.
These premium ‘evo’ panels incorporate a new layer that apparently makes them more efficient, so that they can run more brightly. They also deliver narrower (and so more accurate and dynamic) red and blue wavelengths, and add a new green layer to further boost colour accuracy and vibrancy.
The models within the G1 series are the only ones in LG’s 2021 OLED range to get the ‘evo’ panels. Even LG’s new 8K sets don’t get them. This means there’s now a clear difference in picture quality between each part of LG’s OLED range, which actually seems eminently sensible to me.
Joining the evo panel in the OLED65G1 is a new Alpha 9 Generation 4 processor. A key part of this processor, according to LG, is the way it optimises content to the evo panel’s capabilities.It also drives other enhancements found on other 2021 LG OLED models from the C1 series up.
First, there are two new motion-handling options: a Natural one that removes the vast majority of judder without quite succumbing to full-blown ‘soap opera effect’, and a new Cinematic Movement option designed to deliver a more effective 24fps movie look.
Next, improvements to the AI system should yield better upscaling results when watching sub-4K content. And thirdly, LG’s AI Picture Pro option could benefit greatly from the addition of new Scenery Analysis and Body/Object identification systems.
The first of these identifies whether any incoming image can be classed as scenery, a night shot, or a cityscape, and applies specific rules to specific parts of the picture accordingly. So, for instance, it might raise – locally – the brightness and sharpness of detailing in very dark areas of a night scene to make it look more realistic and better maintain a sense of depth. Or, with a scenery shot it might sharpen areas showing trees or rubble to enhance their texture and presence, as well as injecting more potency int0 colours of, say, flowers and blue skies.
This idea of enhancements being applied specifically to local parts of the picture rather than the whole picture being treated the same ties in with the Body/Object ID system, too. This looks for people’s faces and defined objects in the image and again applies local enhancements to create what LG judges to be a more impactful, but also natural, look to the OLED65G1’s pictures.
The Alpha 9 Gen 4 processor has an audio trick up its sleeve, too: up-converting limited-channel audio sources to a 5.1.2-channel configuration. In other words, you get an additional pair of height channels to the virtual 5.1 up-conversion support on LG’s 2020 OLEDs. Note that the LG G1 OLED doesn’t ship with any external speakers; the multi-channel effects are all created using the speakers tucked into its svelte bodywork.
Last but not least of the OLED65G1’s new features are its video game credentials. As well as featuring four HDMIs, all capable of supporting 4K at 120Hz in high dynamic range, as well as variable refresh rates in the Nvidia G-Sync, AMD FreeSync Premium and HDMI 2.1 varieties, it gets a new Game Optimiser menu. This provides clear information on some of the key gaming settings you’ve selected, and provides a wealth of new set-up tweaks designed to enhance your gaming experience.While a TV as outrageously talented as the OLED65G1 deserves to be fed a diet of 4K and HDR content as often as possible, its new processing also markedly improves LG’s upscaling of HD sources to 4K. It adds palpable amounts of detail more intelligently, adjusting the type and quantity of extra detail and sharpness added to different image elements to create a more natural look.
Order now on JUMIA GHANA and have it delivered to you.
FEATURES
SPECIFICATIONS