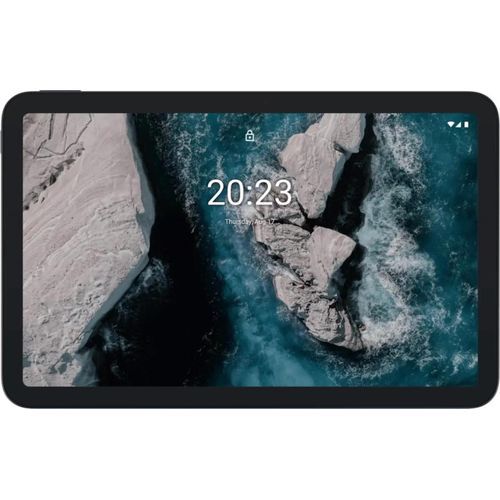 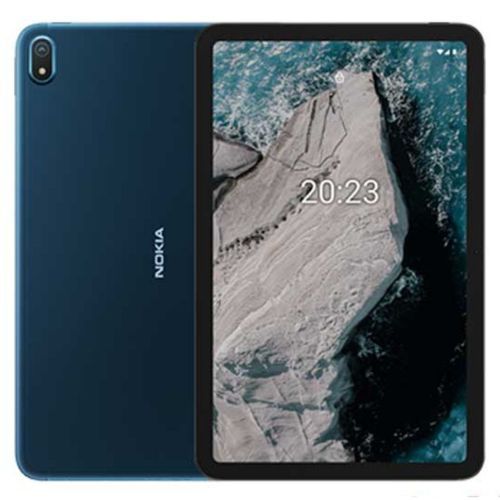 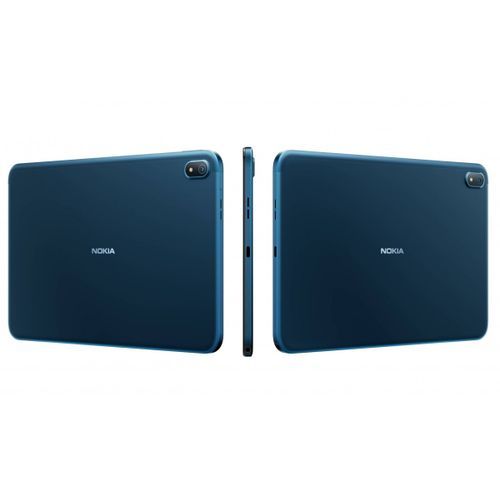 Delivery GH₵ 10.35
Ready for delivery between 24 August & 25 August when you order within next 17hrs 43mins

Delivery GH₵ 5.24
Ready for pickup between 24 August & 25 August when you order within next 17hrs 43mins

Everything you’d expect from a Nokia phone but in a tablet form. That’s the elevator pitch of the new T-series. Why introduce a tablet series now? Well, due to the current situation tablet shipments last year grew for the first time since 2014. This year started strong for tablets too.
And it’s exactly this new situation that formed the plan of action for the Nokia T20 tablet. It has to have a long battery life and fast charging to handle all-day work/study from home, it has to handle video calls, has to offer Kids Space and parental controls for the little ones and (last but not least) it has to be secure and long lasting.
To the first point, the tablet is powered by an 8,200 mAh battery, the largest at its price point. According to the official numbers, the T20 should last around 15 hours of usage. This means it can go through a full work/school day and still have juice left over for some play time.
If you’re stuck in calls all day – literally – the tablet can last around 7 hours of non-stop chatting. For entertainment over the weekend, it can do 10 hours of movies. Charging is done over USB-C with a 15W adapter. Note that the retail package will come with only a 10W charger.
The Nokia T20 has a 10.4” LCD with 2,000 x 1,200 px resolution (15:9). It promises 400 nits of typical brightness with a brightness boost mode. Also, it is guarded by toughened glass.
The tablet runs Android 11 on an Unisoc Tiger T610 chipset (12nm) with two Cortex-A75 cores at 1.8GHz and six A55s also at 1.8GHz. It’s not a beast of a chipset, but it is power efficient and that was the focus here. You can get it with 3GB or 4GB of RAM and 32GB or 64GB of storage, plus however much you put in the form of a microSD card.
The T20 carries the same support promise as the Nokia G-series. This means 2 years of OS updates and 3 years of monthly security patches. The tablet is part of the Android Enterprise Recommended and HMD is expanding its business selling to companies with tools to deploy a fleet of tablets, manage them remotely and have secure data connection even in roaming in over 180 countries.
The tablet is equipped with stereo speakers, two microphones and a 3.5 mm headphone jack. There is a 5 MP camera on the front for video calls and an 8 MP camera on the back. The front camera was optimized for video calls and can do face unlock.
HMD Global has prepared a few accessories designed with the tablet in mind. The first two are a rugged case and a rugged case with a flip cover and built-in kickstand. These will keep the tablet safe as it gets knocked around on the go or in young hands. The latter can also be quickly set up for a video call or to watch a movie. There are also the Nokia Micro Earbuds Pro, which are designed to fit large and small ears equally well with in-call noise suppression.
There are two versions of the T20 – Wi-Fi only and 4G. It depends whether you want a tablet to use at home or something that needs to do the job on the go. There is also Wi-Fi 5 (ac) and Bluetooth 5.0 support.


Order for this Phone now on Jumia Ghana at the best price.