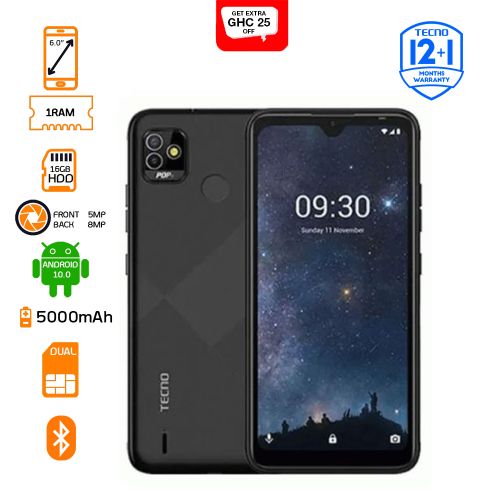 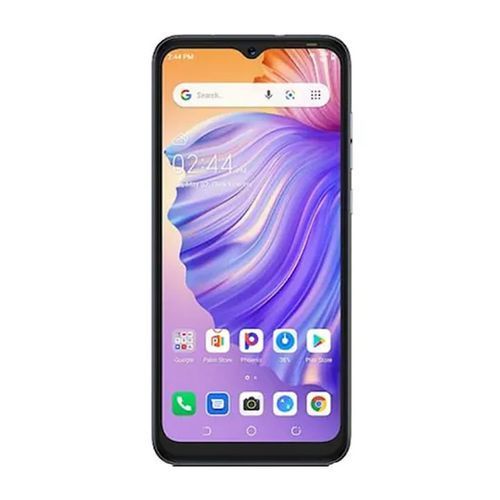 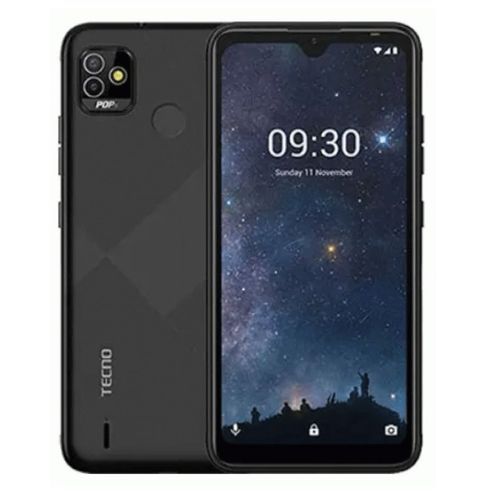 Brand: Tecno | Similar products from Tecno
4.5 out of 5
(2 verified ratings)

Free Delivery on Jumia Express orders above ¢80 in Accra. Pick up Stations only! (excluding bulky items)

Delivery GH₵ 10.35
Delivery by 16 August when you order within next 13hrs 11mins

Free delivery (you are saving GH₵ 5.24)
Pickup by 16 August when you order within next 13hrs 11mins

Order for your Tecno POP 5P Now on Jumia Ghana at the Best price.
Tecno POP 5P has a 6.52 inch touchscreen display. A 1.3GhZ Quad-Core Mediatek processor. Tecno POP 5P has a 2GB RAM and 32GB of internal storage expandable to 128GB using a microSD card. Tecno POP 5P has 5MP Rear Camera and an 8MP Front camera for selfies. It runs Android version 10 and has a big 5000mAh battery under the hood. Tecno POP 5 is a cheap smartphone from Tecno intended for people who want a good smartphone under GHc 500.

Performance
Although Tecno POP 5 GO is an affordable smartphone, it still comes with a powerful processor. Tecno POP 5 comes with a Quad-Core MediaTek processor that clocks at 1.3GHz. The processor performs all the required tasks efficiently with no issues. And to enable you to open multiple tabs at the same time it is equipped with 2GB RAM.

Large 5000mAh Battery
The battery is important when it comes to smartphones. With a large battery you can do all the things people usually do with their smartphones like surf the net, watch videos, movies, play games or chat online without worrying about power running out. This is why the Tecno POP 5 GO comes  with a large 5000mAh battery that lets you enjoy all the opportunities afforded by your phone.