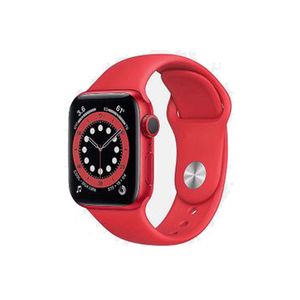 Where To Buy Apple Smartwatches Online

Apple Inc is considered one of the Big Four of Technology. They specialize in designing and manufacturer state-of-the-art smartphones and computer technologies. Their smartwatch is recognized as one of the best models in existence with its multi-functions and connectivities. The Apple watch has many capabilities and services that allow it to be a sought-after device by many. It has the ability to connect to your iPhone as well as use wireless connections to perform some functions. Its goal was to enhance the uses of an iPhone on the go without actually picking up your phone. Asides being a handy connection to your phones, they also incorporate fitness tracking and health-oriented capabilities, making them serve as an ideal wearable activity tracker for sports and workouts. Connected to your iPhone, they are able to perform default functions such as calling and texting. The Wi-Fi connectivity allows it to be able to connect to any other connection for continued use. There are five models, with the Apple Watch Series 3 and 4 being the only ones still in production as they are compatible with the most recent iPhones.

The watch comes in different variants and designs. They are sizeable at the perfect size of a wristwatch without too much weight, for ease and comfort. The casing includes a mechanism that allows the strap to be interchangeable. The face is designed to be a touchscreen with the Force Touch technology that implores the same mechanism as the 3D Touch in the iPhone 6S Plus. This touch technology is pressure sensitive and capable of distinguishing between a tap and a press. There is a digital crown on the side that serves as a manual scrolling key and can be used to scroll, zoom, and return to the home screen. The battery power has the capacity to last 18 hours of mixed usage. The charging port is located by the side of the watch. In an attempt to save power for its users, the watch is able to send an alert when the battery power has dropped to less than 10% and be manually switched to a power reserve mode where it serves majorly as a wristwatch for an additional 72 hours without being charged. They are also designed to be splash and water resistant when submerged up to 50m.

This smartwatch runs the customized watchOS that can be navigated with the touchscreen or the digital crown. The Apple assistant, Siri, is enabled for voice commands and prompts. The default apps include the Mail, Phien, Calendar, Messages, Maps, Music, Photos, Reminders, Remote, Stock and Wallet, and are able to interact with their iOS counterparts. The activity and workout apps are fully developed ad upgraded to be beneficial to tracking physical and health data, using the sensors on the rear of the watches.

Shop your Apple smartwatches and all other Apple products now on Jumia Ghana and enjoy swift delivery to your preferred locations.