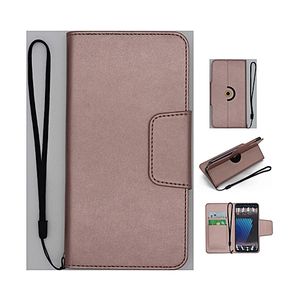 Many would agree that the Tecno Phantom 8 is one of the most powerful phones that the Tecno brand has released since they started rolling out smartphones in 2011. In just a few years, the brand has managed to capture the hearts of millions across the globe, especially in regions like the Middle East and Africa. The reasons are not far-fetched. One, Tecno is one of the brands that have a noteworthy focus on quality. If you are looking for a phone made with careful standard, the Tecno Phantom 8 is one that will not disappoint you. Also, Tecno phones are largely affordable and this unique selling point makes them a catch because affordability for the brand does not mean a compromise on the standard. The Phantom 8 by Tecno was released in 2017 and stands as one of the biggest flagship phones that the brand has released. The phone is a high-end phone and, therefore, differs greatly in terms of features from low-end phones. One thing that we can assure you, though, is that this phone is not one to let you down. The company has put in every effort to make it not just another smartphone but a phone worth having. The specifications of the phone from the storage to the display to the processor and more all reflect that the phone may actually be worth more than the price at which it is going for.

One major catch of this flagship by Tecno is its camera. Of course, Tecno phones are usually notable for their good, bright cameras and a lot of people purchase them because of this feature. However, for the Phantom 8, there is a just a whole lot more to the camera. If you are a sucker for capturing really good moments in high resolution, this would be one of your best options. The rear camera has a dual feature of 12MP and 13MP each while the front shooter for selfies is 20MP. The phone is for those who love pictures or have to take regular important pictures. The rear camera has specifications like Auto-focus, Geo-tagging, Tri-tone LED flash and 10 x Digital zoom. More especially, it is for those who are absolutely in love with selfies that are redefined and bright.

If you are an individual who needs to have a lot of space to cater for numerous images, videos, files and applications, you will be doing yourself a huge favour by getting the Tecno Phantom 8. With an internal memory of 64GB, not many phones can come close to it in terms of storage capacity. The problem of storage insufficiency is never a possibility on this phone as you can even insert a memory card that is expandable by about 256GB. The RAM is 6GB and is paired with a 2.6GHz Octa-core processor which means that working on your phone will be extremely smooth and swift, just the way you like it without the hangs or the freezes. It functions on an operating system of Android 7.0 Nougat coupled with Tecno’s HiOS. Furthermore, it packs a battery capacity of 3500mAh which might not be the best that the company could come with but is still pretty reasonable as it could last the whole day and has a praiseworthy on-screen and talk time.

The Tecno Phantom 8 brings a special and thrilling feel that communicates style and exquisiteness. The outer look comes in a long, slim and sleek form; one you would love if you love you some class. The 5.7 inches screen display has reduced bezels and the compact and portable design makes it very easy for you to hold firmly in your hands. The screen resolution of 1080 x 1920 pixels portrays images in very sharp and bright forms with colours, contrasts and brightness all in place and in order. On the screen is a Corning Gorilla Glass that is mainly protective so that should your phone have an accidental fall, the screen remains intact.

In need of a cool, attractive, stylish and extremely functional phone? Get the Tecno Phantom 8 on Jumia Ghana. There are a number of reasons why you should shop from us; we guarantee you the best prices anywhere online, the most authentic smartphones and the most convenient payment options. Order now.